Birthright: A War Story examines what has happened to women’s reproductive rights in America since the historic Roe v. Wade decision in 1973 legalized abortion. Director Civia Tamarkin traces the strategy the anti-abortion movement has used to make reproductive choice unavailable, even if it is still legal: For over 40 years it has played the long game, working state by state to pass laws that chip away at women’s reproductive healthcare options. The war story that “Birthright” traces is a war of attrition.

Tamarkin presents haunting, personal stories of women trapped in the confines of these new laws, interwoven with expert voices of activists and historians. We learn how women are being jailed, physically violated and even put at risk of dying as a radical movement tightens its grip across America. One couple, Robb and Danielle Deaver, share the horrors they endured as a direct result of Nebraska’s law banning abortions after 20 weeks, predicated on questionable science and similar to laws in 25 other states. 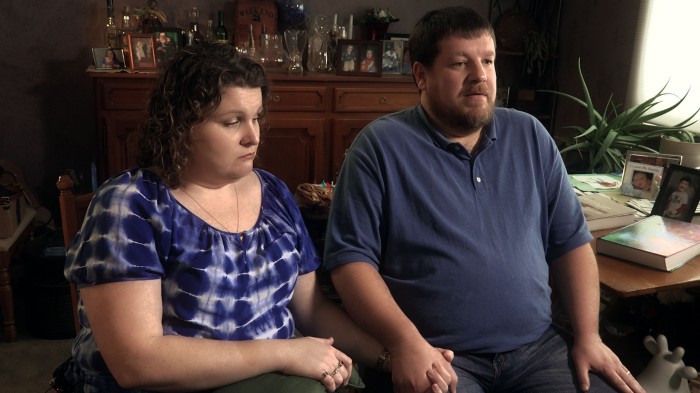 In California, where access to reproductive care is relatively secure, many may not realize how successful the anti-abortion forces have been in rewriting state law, and using courts and religious doctrine, to govern women’s reproductive rights. Birthright: A War Story also highlights that for women with financial means, abortion is likely to remain accessible and safe. But for low-income women of all ethnicities, especially those on Medicaid and in a growing number of states, access to abortion and contraception has already become scarce and dangerous; they are caught up in a draconian web of laws and corporate policies surrounding reproductive medical care of all kinds.

These developments are now a public health crisis which is increasing maternal mortality, turning pregnant women into criminals, and challenging the constitutional protections of every woman in America. This is the real-life “Handmaid’s Tale”.

“…a compelling documentary that is a must-see.”
Film Pulse

“Birthright: A War Story packs a powerful message: that reproduction has become perilous for women in America.”
The New York Times

6:30 Reception // 7:00 Film // 8:45 Discussion with Dr. Ruth Shaber, M.D., currently director of the Tara Foundation. She served as chief of Obstetrics and Gynecology and director of Women’s Health for Kaiser Permanente of Northern California. Dr. Shaber is also on the Medical Advisory Committee for Planned Parenthood Federation of America.

3:00 Film and Discussion with Carole Joffe, PhD, who appears in the film, teaches in the Department of Obstetrics, Gynecology and Reproductive Sciences at UCSF. She is also a professor emerita of sociology at UC Davis. She is the author of many articles and books on the status of abortion and contraception in America, and has received lifetime achievement awards from the National Abortion Federation and the Society for Family Planning.